Attention! It is extremely important to announce if you arrive after 4p.m if you book one of these accommodations. You can let us know via telephone or email. 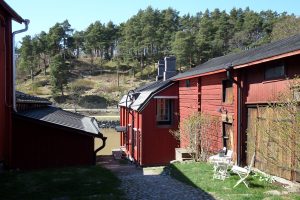 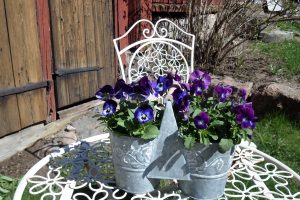 Have you dreamt of staying overnight in a fairy-tale idyllic courtyard in Porvoo near by the river? Now you have the chance! We rent Baker’s cottage on summer seasons (May-September) and the whole December.

This renovated 65m² Baker’s cottage for four persons is located in a cosy and pleasant courtyard by the Porvoo river.

On the first floor there is fully equipped open kitchen where you can cook breakfast for example, livingroom, toilet/shower and in the upstairs there is a big open room with a double bed and two single beds size of 2x80cm and a crib. There is also small balcony where you can enjoy the beautiful view. 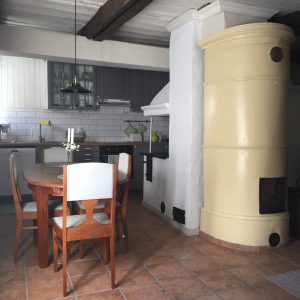 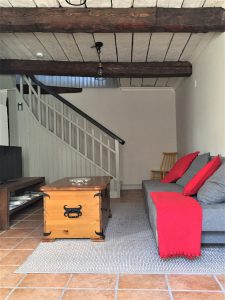 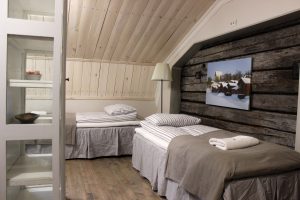 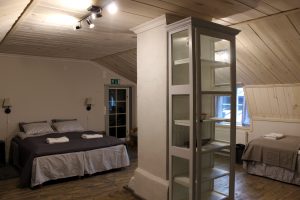 Brief history of the Baker’s cottage

Porvoo was founded in the 14th century. All since that until the 19th century Porvoo was an important port. Consequently there has been warehouses along the river all since the middle ages. In 1760 there was a big fire which destroyed almost all of Porvoo, including all these warehouses. The rebuilding of the town started immediately after that by the merchants who were keen to restart their shipping businesses. In this building plot the main building facing the street was built in 1762-65 , while the other houses, including this, were built successively after that. This house was built in 1810. Originally, the house was rebuilt as a warehouse . However, as Finland from 1809 became part of Russia, the prerequisites for running import and export business gradually disappeared. Therefore, in 1850 a paint factory moved into the house and it was modified for that purpose. But then in 1900 the entire property (all houses in this building plot) were sold to a hardware merchant, who decided once again to change the uses of the old warehouse. Now this half of the house was rebuilt to a home with a small bakery, while the other half (along the river) was built to a public bath and sauna house. Until 1962 the sauna was in frequent use by Porvoo’s citizens. In many years the bakery was managed by a woman as a part-time business, while she also took care of the heating of the sauna and the bath waters. From 1980 the Baker’s cottage has been out of use until it finally, in 2015-2016 was renovated to be used as a self catered holiday apartment. 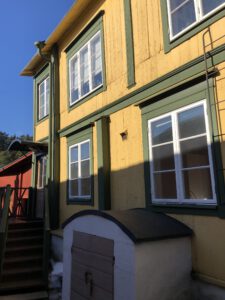 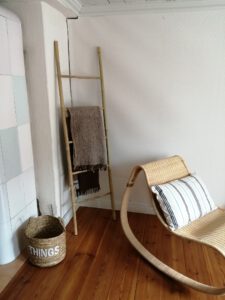 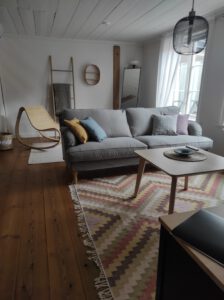 In a charming courtyard about 50 square meters bright apartment called Flodmans. The apartment has an entrance hall, large kitchen with dining area, cozy bedroom / living room, private toilet, (1x double bed + 1 cot). Shared yard and pier with the guests of Paakarintupa. Breakfast can be made by yourself or you can come to the pre-covered buffe in the main house.

The price includes bed linen, towels, free wifi, internet-TV and the final cleaning. Breakfast is not included in the exclusive price, if everyone wants to have breakfast ready, book it at the check-in for 5 €/person (incl. VAT 14 %)

Rudolf Flodman was born 1867 in St. Petersburg but moved already as a little child to Porvoo. Here he grew up with his grandmother in poor conditions. Therefore, he his education was limited to a few classes in the elementary school. But he was ambitious and became a successful ironmonger and business man as an adult.

Flodman’s career as an ironmonger began 1890, when he was employed as an accountant by Oterdahls Jernkram- och byggnadsmaterialiehandel, a supplier of building materials in Helsinki. But already after a couple of years he started working for KH Renlund, a Helsinki based hardware store. By that time KH Renlund was the one and only major hardware store in Finland and the company became Flodman’s “seat of learning”. In 1895 Flodman travelled to England for three months in order to learn more about the industry and establish new business contacts.

Shortly after his return Flodman quitted KH Renlund and started a business of his own in Porvoo called Rudolf Flodman, Agenturer och Jernhandel, which was engaged in the import and export of goods as well as wholesale and retail.

Already prior to the World War 1, Flodman was a wealthy business man and acquired several properties in Porvoo. Jokikatu 16, i.e. this house, was one of them. He acquired it in 1899 and immediately made some major changes to buildings and constructions.  The apartments were divided into several smaller ones, suitable for renting, and the storehouse by the river which earlier housed a dye-works, was now going to house a public sauna, a laundry and a baker’s cottage. As a curiosity it should be mentioned that Flodman, for the first time in Porvoo, used reinforced concrete in this reconstruction.

Rudolf Flodman did not get married until mid 1920s but still he got two children, Ralph and Helena, before he died in 1931. Ralph followed in his father’s footsteps and became an ironmonger, too. However, during Ralph’s management the businesses were downscaled step by step and the import and export as well as the wholesale businesses were terminated. When Ralph was getting older, the retail business also fell more silent and in 1980s the hardware store moved into this house, where it operated until Ralph’s death 1992. In those days, when the store was in this house, Ralph had his home at least part-time in this house, more exactly in this apartment!

Star cottage is located in a lovely courtyard in the heart of the old town of Porvoo. This cute pink house looks like it is straight from the fairy-tale. In Star cottage there is a fully equipped bright and modern kitchen and dining table. There is also a washing machine and tumble dryer. Apartment has a separate bedroom with a double bed, wardrobe, TV, 2x toilet and shower. Pets are not allowed.

In spring 2019 there opened a new restaurant called Ranta-Aitta in the courtyard. 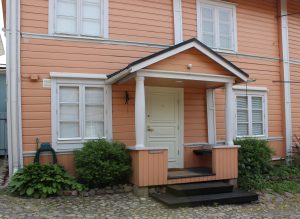 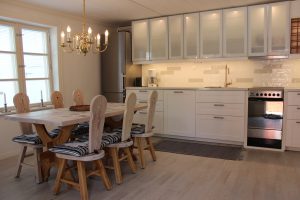 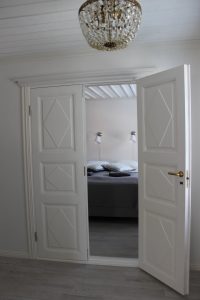 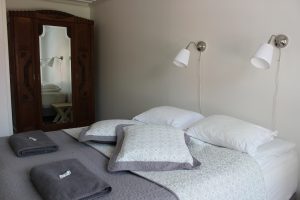 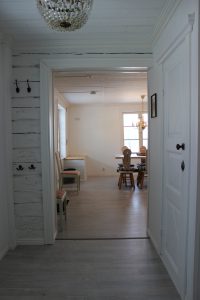 This private apartment is suitable for two people and is situated a kilometre away from the Old Town, in the Myllymäki district.

The apartment has a small kitchen, an extendable bed for two, a sofa, TV, bathroom/shower and a cozy sauna.

Myllis accommodation costs 120€/night and 500€/week for those seeking a longer stay. 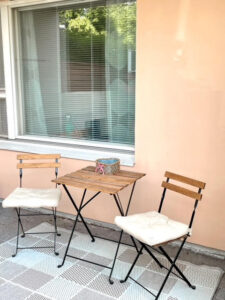 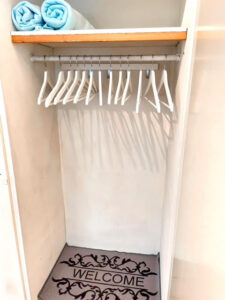 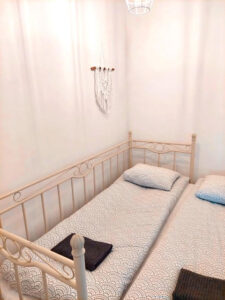 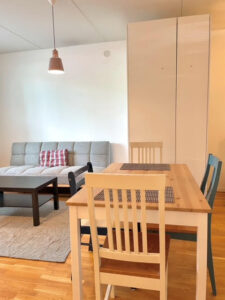 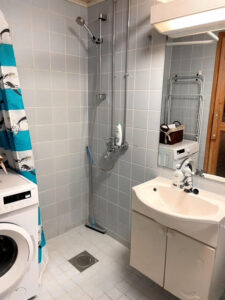 Checking in is possible from 1 p.m at Ida-Maria (Jokikatu 26) and checking out not later than 12 p.m. The staff is present in the daytime from morning to afternoon.

If you arrive after 4p.m, please let us know via telephone or email.